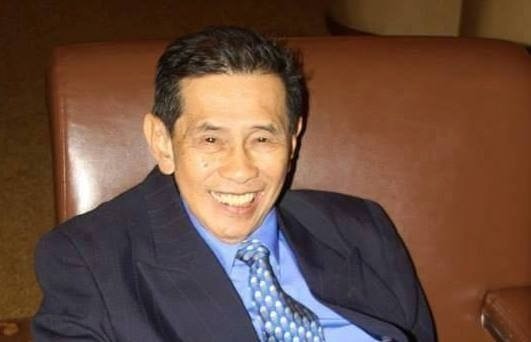 Veteran Filipino comedian Gary Lising passed away according to his younger brother, Pompeii Lising. He was 77.

“I am sad to inform some terrible news. We lost our beloved Gary Lising, my eldest brother, today. Gary, thank you for all the laughs and love, we will miss you deeply. But I know that your jokes will make God laugh. Rest In Peace my dear brother…,” Pompeii wrote in a Facebook post.

According to reports, Gary Lising was found dead in his condo unit on May 31 by his only son, Bugsy.

Gary Lising was a veteran comedian and writer. He was known for his comedy skits in the popular gag show Champoy program that aired on RPN 9 Network in the early 1980s. He was famous for his “green” jokes and comedic wit. He also starred in comedy films in the ’90s including Run Barbi Run and Alyas Boy Tigas.

He graduated from Ateneo de Manila University with a degree of Bachelor of Science in Economics. While living in the United States, he became a writer for the program of popular American comedian Bob Hope.

Lising was born of Dr. Jose Lising abd Nieva Lising. He was married to Maris Paredes who bore him a son he named Bugsy.

Ten years ago, Lising had a heart attack. The medical procedure wiped out his savings. His career went tumbling down, and his business also went bankrupt. Since then, he had been living out of the generosity of friends from showbiz industry and his alma mater.

Lising left an indelible mark for entertaining people with his humorous jokes.

Let us laugh as we celebrate the life of Gary Lising

Question: What is worse than a bachelor?
Answer: Being a bachelor’s son.

Question: What is the planet named after a part of your body?
Answer: Uranus

Question: Who is the older brother of Julius Caesar?
Answer: Kuya Caesar!

So there’s a guy at a bar, staring blankly at his drink. He stays like that for hours. Then, this big trouble-making truck driver steps next to him, takes the drink from the guy and just drinks it all down. The poor man cries. The truck driver says, “Come on man, I was just joking. Here, I’ll buy you another drink. I just can’t stand to see a man cry.”

“No, it’s not that. This day is the worst of my life. First, I fall asleep, and I go late to my office. My boss, outrageous, fires me. When I leave the building, to my car, I found out it was stolen. The police said that they can do nothing. I get a cab to return home, and when I leave it, I remember I left my wallet and credit cards there. The cab driver just drives away.”

“I go home, and when I get there, I find my wife in bed with the gardener. I leave home, and come to this bar. And just when I was thinking about putting an end to my life, you show up and drink my poison.”

I am also a firm believer in a lot of very serious facts of life. Let me share with you a few meaningful facts that I believe in:

I BELIEVE….that if you read too much about the bad effects of smoking – give up reading.

I BELIEVE…Dick Gordon when he said that women should be put up in a pedestal – high enough so you could look up their dresses.

I BELIEVE…IN GOD, THE FATHER ALMIGHTY, AND THAT EVENTUALLY WE WILL HAVE PEACE AND HAPPINESS BECAUSE OF OUR FAITH IN HIM.  – GARY LISING, S.J. (Some Joker) – ??