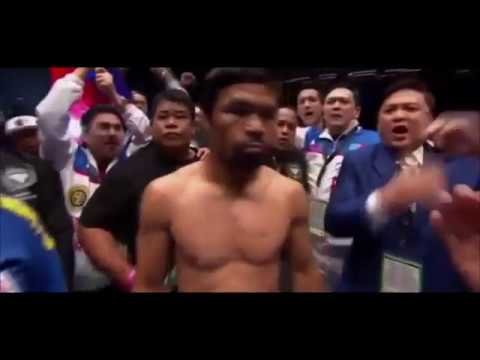 In contrast to what I was expecting when Manny Pacquiao fought Jeffrey Horn, I was anticipating him to lose against Lucas Matthysse.

I was wrong and was pleasantly surprised when the Philippine boxing icon and senator knocked out Argentinian Mattysee with a knockout punch in the seventh round.

With a WBA welterweight belt in his hands, the eight-division world champion is back in his fighting form by dethroning Argentina’s Matthysse at the main event of “Fight of the Champions” at the Axiata Arena in Kuala Lumpur, Malaysia on Sunday.

Pacquiao’s win is his first knockout victory in nine years.

For the first time since fighting without his longtime mentor Freddie Roach, the Filipino legend frustrated the Argentinian and went on to win in almost every round.

Pacquiao’s left uppercut sent Matthysse to the floor in Round 3. He later released a series of jabs that once again knocked Matthysse down in Round 5.

Matthysse looked to have recovered in Round 6 by landing a 1-2-3 combination when Pacquiao released his powerful left hand in Round 7. This brought the Argentinian to the ground for the third time. This time, referee Kenny Bayless put the fight to an end.

The roaring cheers from the audience signalled the end of the fight that allowed 39-year-old Pacquiao to win his first WBA world title belt, a fifth welterweight belt, and his 60th career win.

To God be the glory! Thank you to my wife, my kids, and all of my family. Thank you to #TeamPacquiao for all your hard work! Thank you to my fellow Filipinos and to all my fans around the world! This is all our victory. God bless everyone. 🇵🇭 pic.twitter.com/UdZ78XI5CD

FROM THE RAPPLER ARCHIVES:

"Appreciate him while he’s here, because he won’t be around for much longer. There has never been another Filipino fighter like him, and there never will be again." #PacquiaoXMatthysseKL #PacquiaoMatthysse https://t.co/Sk2OUidZtO