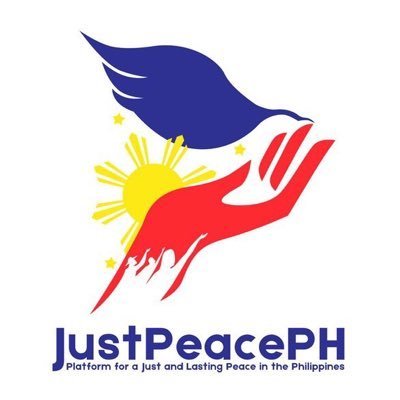 The JustPeacePH global peace platform in support of the Peace Talks between the Government of the Republic of the Philippines (GRP) and the National Democratic Front of the Philippines (NDFP) expresses extreme disappointment with the GRP’s decision “not to participate in the fifth round of peace negotiations”. Peace advocates all over the world were excitedly looking forward to more productive agreements during the 5th Round of talks, as the two parties were scheduled to discuss further the much awaited Comprehensive Agreement on Social and Economic Reforms (CASER).

The decision of the Duterte government was announced in a press conference held by the GRP negotiating panel, Saturday, May 27 in Noordwijk, the Netherlands, as Peace Adviser Jesus Dureza read out what was supposed to be his opening statement. Their non-participation, he further stated, will stand until “there are clear indications that an enabling environment conducive to achieving just and sustainable peace in the land through peace negotiations across the table shall prevail”.

As advocates for peace, we strongly feel that the most conducive environment for achieving just and lasting peace in the Philippines is to forge, sign and implement the CASER, which will respond to the Filipino peoples’ just and long-standing demands for genuine agrarian reform, rural development, national industrialization, protection and nurturing of the natural environment, respect for indigenous peoples’ rights to their ancestral domain, and social welfare for the most disadvantaged communities. We are squarely behind both the Duterte government and the NDFP in pushing for the peace negotiations which will genuinely resolve the roots of the armed conflict in the country.

However, we are gravely alarmed by the declaration of the Duterte government on 24 May 2017 of Martial Law in Mindanao island. The declaration was made in the wake of the armed attacks in Marawi City by the so-called Maute terrorist group.

Since the declaration of Martial Law, we have received statements from several local human rights and people’s organizations indicating escalating incidents of human rights violations, not only in Marawi but in other parts of Mindanao as well. The Marawi crisis has left a city battered with aerial bombardment and military assault. Tens of thousands are being displaced. Military rule is delivering even greater suffering to the civilian population in Marawi City and beyond.

We welcome the Royal Norwegian Government’s (RNG) assurance, as third party facilitator, through the words of Elizabeth Slattum, that “Peace Talks has not been cancelled and the peace process remains intact”.

Likewise, we share the RNG’s hope that the GRP and NDFP panels may be able to return to the negotiating table very soon, as the people demand for the basic social, economic and political reforms on the basis of democracy, social justice and national sovereignty.